OBACHAN PANIC is a roleplaying game where neurotic grandmas & aunties save the world—and look good doing it!

Everyone has one: a wonderfully quirky, slightly naggy grandma (or aunty). But little did you know that they saved your home and country countless times from alien invasions, government conspiracies, untold monsters, the singularity, economic collapse and deflated soufflés—AND made it home in time to make you that casserole you like.

Beloved by tabletop designers and celebs and featured by Kickstarter as one of the hits of Zinequest #1, Obachan Panic! is MONSTER OF THE WEEK x MONSTERHEARTS, but with adorable grannies and aunties, wrapped in neuroses and served with a side of chicken soup and weaponized guilt.

In order to download this game you must purchase it at or above the minimum price of $9 USD. You will get access to the following files:

Support this game at or above a special price point to receive something exclusive.

hi ,  i purchased the limited print edition 36 day ago , but i received nothing  since  the PDF :( can you say me if there is a problem with my purchase . sory for my bad english.

edit : Thanks Flyaturtle for your reactivity !

Hi! Sorry to hear that could you email me at flyaturtle at me dot com with your name and mailing address and I’ll investigate your package

Hey, I got this from Exalted funeral and was also hoping to get the digital files, is that possible?

Hi Flaco - Sorry didn't see this message! Please send me an email (flyaturtle at me dot com)- by the way, they also have the files if future Exalted Funeral customers want to contact them. :)

The art! Love the art.

By the amazing @oddsbod ( https://oddsbod.tumblr.com ) who went on to do Electric Bastionland!

This is PBtA Golden Girls by way of Kingsman, and it leans all the way in.

Before even starting play, you're directed to have craft supplies, doilies, candles, a potluck dinner. Character creation involves cutting stuff out and pasting it onto your sheet. You're also supposed to play a grandma out of character.

It's in a very low-key way, but everything about this game is wild, from the art to the layout to the general tone. It's fussy and interested in sort of the same way that a grandma is, and I can't say there are many times I've seen a game that's as internally consistent as this one is.

There are random tables to roll for how many cats you have, and which are tilted strongly towards ridiculous numbers of cats. There's a random table where you roll your style sense and it gives you Hagrid From Harry Potter. You generate the random contents of your purse, and it produces exactly what you would expect to find there.

Gameplay-wise, you have anxiety to generate YASS points, which you use to canonically go super-saiyan.

If you want to do a specific thing, you roll the game's core pbta move: Do Whatever.

There's some other cool flourishes, such as a mechanic for seamlessly rotating the GM spot, and built in breaks during gameplay, but I think it's the overall energy of the game that's going to draw people in or push people away.

I would personally recommend it, and I think it's really worth its price, but it's also a lot of things all at once, and I can understand if someone bounces off of it.

haha LOVED reading this, thank you!! "Panty host" lol (will fix the PDF soon). In actual play, it's up to the GM. I think half of the games I've played, as the rules say, it's perfectly okay if everyone just has fun having tea, gossiping and putting glitter on their character sheets and never got to the adventure. At XOXO Fest, I ran a super chill session at a tea house with an anxiety support meetup group, where all we did was color quietly and make giant buttons out of the art—equally fun as a gonzo oba-oba-obachan adventure in a different way. :D

This game came into my life a few hours before I got word that one of my uncles died. Thank you for understanding how awesome aunties are, for embracing their foibles with warmth and gusto. Thank you for Gossip and Purse. Thank you for giving me +1 forward on a hard day.

This game was literally made for my grandma's birthday and she proudly walks around with a copy in her purse (she is the one holding the baseball bat). And my mom does all the mailings. In short, Obachan pride! :D I'm so glad to hear this helps even just a little bit. This greatly motivates me to finish one of my incomplete stretchgoals, which was the Ojichan (uncle) character class.

This game is unapologetically fun: how many RPGs do you know where you get to play a badass grandmother and save the world while doing it?

The game's not only fun, however, it's also very well done with short but on-point GM advice, sample adventures and advice on how to create others and a lot of playing advice, including my favorite part: the GM is always in character!

Thanks so much! GM = grandma master, who is always in character from the moment you welcome guests into your home to play and serve up some tea, the gossip begins! 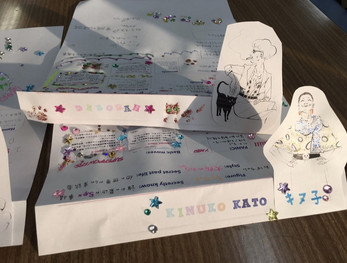 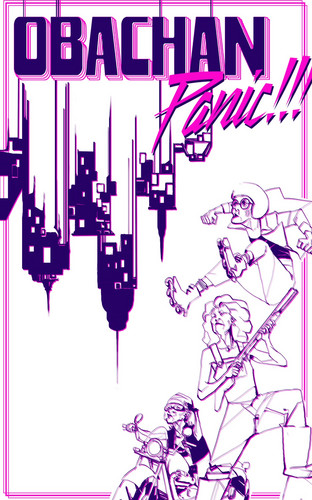 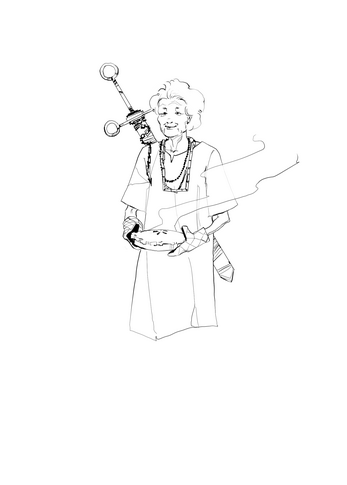 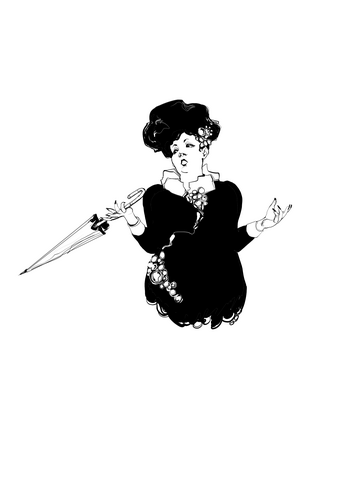 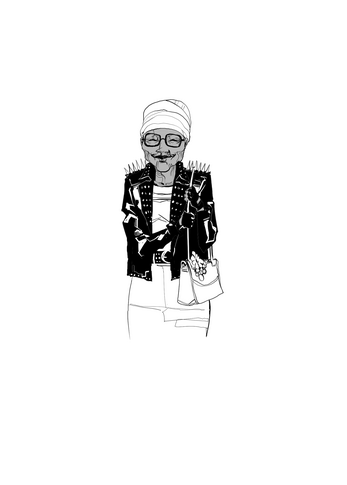